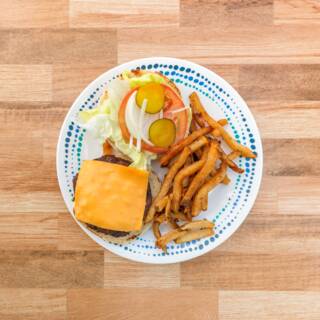 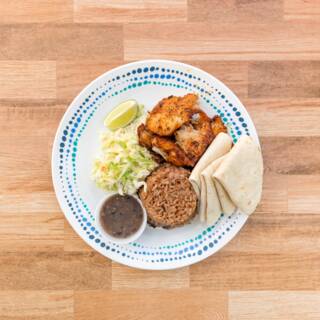 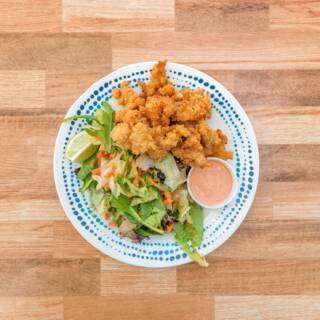 Da Conch Shack in one of the most popular local seafood restaurants in the Turks and Caicos, and is beachfront at picturesque Blue Hills Beach on the northwestern side of Providenciales.

As its name suggests, Da Conch Shack’s menu is heavily influenced by conch, and of course conch salad, conch fritters, conch chowder, and cracked conch are typically on the menu as well. There’s also usually a range of local and imported fish, shrimp, and during the local open season, fresh Caribbean spiny lobster that's harvested in the Turks and Caicos.

One of the greatest attractions of Da Conch Shack is its beach location and al fresco dining, complete with coconut trees and picnic tables in the sand.

The restaurant often has live music in the evenings and during the busier days, and the beach in the area usually has a lot of activity, so Da Conch Shack can be a fun place to spend some time. Vendors selling gifts, jewelry, and trinkets can also be found in the shade of nearby casuarina trees and on the beach.

‘Conch knocking’ and ‘conch peeling’, the process to remove the conch from its shell and clean it, is also often demonstrated live on the beach. Live conch for the restaurant is also kept in a ‘conch crawl’ pen off the beach, a practice that has been used in the islands for centuries.

Da Conch Shack also has a bar, which is a favorite with locals and visitors alike. Rum drinks and punch are the specialty here, yet a wide selection of local and imported beers, wines, and spirits are also offered.

A bowl of conch salad, a popular dish throughout the islands.

Seafood, Turks and Caicos and Caribbean cuisines, and international bar and grill favorites make up the menu at Da Conch Shack.

When dining at many local restaurants in the Turks and Caicos, it’s important to understand that fish may be either imported or locally caught. Often, if there’s no clear distinction, the fish that’ll be served will be frozen from overseas. For the quintessential Turks and Caicos classic of fried or steamed fish and peas n’ rice, the fish will nearly always be cooked whole, with a head and tail.

When in season, local lobster can also be on the menu.

For those that prefer turf more than surf, there are wings, jerk chicken, burgers, steak, tacos, curry, ribs, salads, and more.

Da Conch Shack can get quite busy for both lunch and dinner during the ‘high season’ months from December to April. Reservations are not required for lunch, or for dinner throughout most of the year, yet are recommended for dinner for the festive and spring break months, and for larger groups.

Blue Hills Beach fronts the traditional fishing community of Blue Hills, which along with Five Cays and The Bight, made up the three original settlements on Providenciales long before the advent of the tourism industry in the Turks and Caicos.

Elements of the old island way of life can be seen by driving on the Blue Hills coastal road that leads west from Da Conch Shack to Wheeland. It's possible to still spot a few hand-built Caicos Sloops, newer conch and fishing boats, and some of the oldest structures on Providenciales.

Although the beach in the area is nevertheless beautiful, it isn’t quite up to the standards of Grace Bay, Leeward, Long Bay, and the Bight Beach. Patchy seagrass tends to start growing a short distance off the beach, and water clarity also isn’t quite as nice as some of our island’s other top beaches.

Blue Hills is a local residential area and one of the three original settlements on Providenciales. A few local restaurants are located here, as well as several churches. Found to the west of central Blue Hills, the largely undeveloped Wheeland area is now often considered to be part of Blue Hills. More about Blue Hills →