The Provo Seafood fish market at Five Cays in the Turks and Caicos.

Locally-caught seafood has always been a staple fare in Turks and Caicos cuisine, and fresh fish, conch, and lobster, caught only minutes or hours prior, can often be found at several locations on Providenciales. There are several small dedicated fish markets around the island, and the larger supermarkets usually stock local seafood as well. Fresh seafood is also often sold in the central Downtown area near Town Center Mall, from fishermen who trade from coolers in the back of trucks.

The small fish markets and the informal sales offered from coolers in the back of pickup trucks at Downtown Providenciales typically offer much better rates than what can be found in the grocery stores, often at about half the supermarket prices.

Commercial fishing in the Turks and Caicos typically takes place via small ‘conch boat’ vessels, with two or three fisherman per boat. The ocean waters surrounding the Turks and Caicos are some of the cleanest in the world, so our seafood is exceptional. Fish (snapper and grouper) is usually caught on or near the barrier reef that encompasses the Caicos Islands, Caribbean spiny lobster is found on the barrier reef at on inshore reefs, and queen conch is collected from relatively shallow Caicos Banks. South Caicos is the fishing capital of the Turks and Caicos, and exports seafood both locally to other islands, and internationally.

The larger grocery stores and a few fish markets also import seafood, including shrimp (which can’t be viably fished commercially locally), salmon, and tilapia, which is used as a low-cost alternative to local grouper.

Local seafood is typically sold by weight, and prices vary due to the catch and demand. At fish markets, grouper and snapper is roughly $8-10 per pound for whole fish, $14-17 per pound filleted, lobster tail is around $14-18 per pound, and conch is around $9-14 per pound.

Types of Fish and Seafood Available

Prices are at Seafood Markets. Grocery stores and supermarkets typically have much higher prices.

A few popular types of local seafood are subject to fishing seasons, and are not available year-round. The Caribbean spiny lobster season is open typically from August to mid-April. The Nassau grouper season is typically open from March to November. Conch does have a fishing season in the Turks and Caicos, yet it only applies to exports, and conch is usually available fresh and in restaurants year-round.

The Turks and Caicos has many popular and well-known fresh seafood restaurants, including establishments such as Bugaloo's Conch Crawl, Da Conch Shack, and Omar's Beach Hut. In our opinion, some of the best places to sample fresh seafood and local cuisine are Mangrove Bay Restaurant, located near Downtown and South Dock Road on Providenciales, and Sunset Café & Bar on South Caicos, which is located at Cockburn Harbour near the fish plant and docks.

Catch Your Own Fish

Catching your own fish is also an option! Local fishing charters are happy to take you out to some of the excellent fishing water around the Turks and Caicos, and help you catch snapper, grouper, mahi-mahi, tuna, wahoo, and more. They’ll help clean your catch, after which you’ll be able to cook it yourself, or take it to a local restaurant. 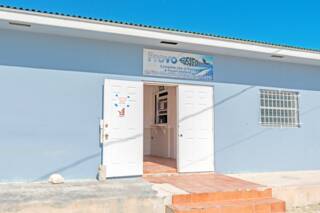 Provo Seafood
Provo Seafood is located directly on the docks at Five Cays on Providenciales, and located next to the popular Omar’s and Bugaloo’s restaurants. Stop by for the freshest seafood on Providenciales. The day’s catch typically is brought in around late afternoon. Conch, lobster, snapper, and grouper is typically available.
Learn More
Last reviewed by an editor on 20 January 2022.