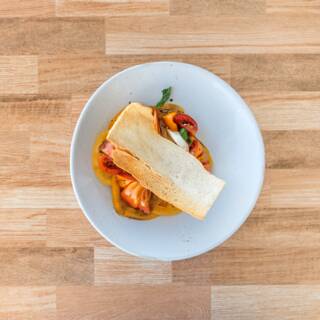 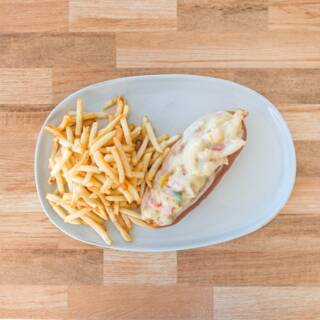 The Grill is a casual beachfront restaurant and bar located at the luxury Grace Bay Club resort. The open kitchen style restaurant serves breakfast, lunch, and dinner, with a menu of international and bar and grill fare. The Grill also hosts beach buffets on Tuesdays.

As a beachfront restaurant on Grace Bay Beach, The Grill is an excellent location to watch the sunset, and the boats and watercraft passing throughout the day are also interesting.

The Grill serves quite a wide menu of bistro, international, and Italian dishes, with vegetarian and gluten-free options. There are typically choices from Infiniti as well, which is a counterpart restaurant at the Grace Bay Club.

Local seafood, including conch, lobster, and fish, is incorporated into some of the dishes at The Grill. As is the case with restaurants throughout the country, the availability of some types of local seafood depend on fishing seasons and the catch, which primarily affects Caribbean spiny lobster (which typically has an August to April season), Nassau grouper (typically has a season of March to November), and deep sea pelagic fish such as tuna, wahoo, and mahi-mahi, which depend on what the boats bring in.

The breakfast menu at The Grill consists of classics such as buttermilk pancakes, omelets, eggs, toast, and fruit, as well as a buffet. Breakfast is served from 7:00 AM to 10:30 AM.

The wide lunch menu at The Grill includes pizza, burgers, sandwiches, salads, soups, wraps, and more. Both local fish and lobster dishes and Caribbean jerk is on the lunch menu.

Dinner appetizers and light dishes include soups and salads, both vegetarian and with seafood. Entrées range from local seafood, to steaks and Italian fare.

Located at the Grace Bay Club

The Grill is located on the beach at the Grace Bay Club, which is one of the oldest luxury hotels in the Turks and Caicos and found in the central Grace Bay region. Non resort guests can access the restaurant both from the beach and through the Grace Bay Club itself, which has free parking.

Many resorts are within walking distance of The Grill. From the interior, Villa del Mar, The Oasis at Grace Bay, and Ports of Call Resort are a few minutes away on foot. Via the beach, Ocean Club West, Royal West Indies Resort, Seven Stars, and Club Med Turkoise are a short walk away.