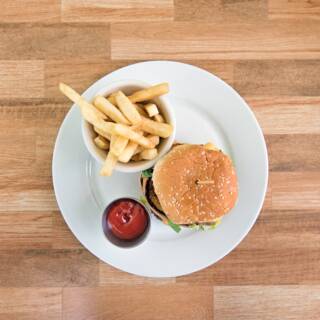 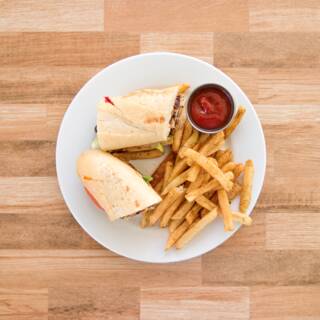 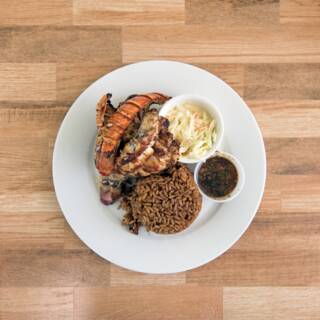 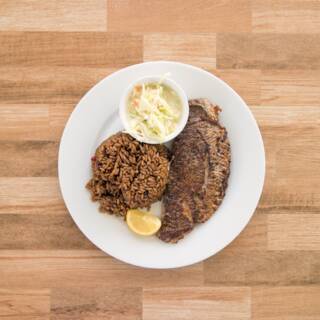 Neatly tucked away from the hustle and bustle of Grace Bay, Mr. Grouper’s is a well-known restaurant located in the Lower Bight area of Providenciales. The restaurant is popular with locals and tourists alike, and has been known to attract celebrities such as artist Drake and actress Taraji Henson.

Owned and operated by head chef Philippe Legagneur and his wife Yadley, Mr. Grouper’s began as a small, one-story restaurant in the Bight in 2013. It remained that way for several years before expanding to include a second story, as well as a smaller second location near the airport in the Downtown area. The restaurant specializes in delicious local cuisine, and seafood in particular—all of which is sourced locally. As its name suggests, some of the best grouper dishes on the island can be found here, with some crowd favorites including blackened grouper, curried grouper, and coconut grouper.

The Cuisine and Menu

Meals are often paired with local side dishes such as baked mac and cheese, peas and rice, plantains, and coleslaw. But the menu offerings don’t end there—Mr. Grouper’s also offers a variety of seafood dishes including conch chowder, conch fritters, and lobster dishes during the local open season. If you’re not into seafood, you can also choose from a range of pasta dishes, burgers, and sandwiches.

For a healthier alternative, Mr. Grouper’s also has freshly prepared salads on the menu. On the weekend, the restaurant serves local island breakfast meals such as boiled fish, steamed fish, peas and grits, and more to provide visitors with the chance to immerse themselves in the culture of the Turks and Caicos by eating like a local.

Mr. Grouper’s also has a small souvenir and gift shop on-site, carrying T-shirts, caps, jewelry, and a number of other souvenir items if you’re in the mood for a quick round of shopping after your meal.

If you’re having a special event or celebrating a special occasion, the restaurant also has a conference room that can be rented for private events with catering available upon request.

If you’re dining at Mr. Grouper’s you have the option of enjoying your meal indoors or on the outdoor patio, which offers a particularly stunning setting illuminated by lanterns. If you’d prefer to enjoy your meal from the comfort of your hotel room or villa, you’re also in luck: the restaurant also takes to-go orders and is a popular takeaway spot.

The establishment’s convenient location puts it within walking distance of a number of hotels, including The Palms, The Somerset, and The Sands. It’s also a short drive away from the Beaches Resort as well as central Grace Bay. No matter where on the island you’re staying, you’re no more than 10 minutes away from the restaurant. For authentic, tasty local cuisine at affordable prices in a friendly atmosphere, Mr. Grouper’s is an ideal option.

Located in The Bight

The Bight is a residential community found inland between the Grace Bay and Turtle Cove areas. The settlement is historically one of the three original villages on Providenciales. Much of The Bight supports low density residential development, yet small shops and an increasing number of vacation accommodations can also be found in the area.