Flying Drones in the Turks and Caicos

Drone use has become increasingly popular in the Turks and Caicos since the mid-2010s. There’s simply no better way to capture the vibrant turquoise hues of the ocean and spectacular beaches than from the air.

Do I need a permit?

A permit is not needed for recreational drone usage, but the guidelines below must be followed. Commercial use of drones requires a permit from the Turks and Caicos Civil Aviation Authority (see section at end for more details and application process).

If you’re seeking a drone photography service, there are several options available in the Turks and Caicos. Several businesses specialize in outdoor and lifestyle drone shoots, often involving the ocean and clear kayaks.

Some of the professional commercial photographers provide drone work for real estate and other marketing purposes.

Guidelines for Using Drones in the Turks and Caicos

Failure to adhere to guidelines may result in enforcement action by the police.

Drones manufactured by DJI have varying levels of built-in restrictions around local airports and approach/departure paths for aircraft. These include both authorization restrictions (requires unlocking code/account) and altitude restrictions.

It’s important to note that the restrictions from DJI are more lax than the guidelines issued by the police.

The main issue to be aware of is that flying within about a 3 mile (5 km) radius of airports in the Turks and Caicos requires DJI authorization. As all of our islands are relatively small, this means that many areas that you may wish to fly a drone fall within this authorization zone. Islands such as Salt Cay are entirely within the DJI Fly Safe authorization zone, along with most of Grand Turk and South Caicos.

It’s recommended to obtain the authorization whilst at your accommodation (or before disembarking a cruise ship), as internet access, whether via public Wi-Fi or cellular, isn’t always available where you’ll be flying.

Above: Okeanos Charters at the remote White Cay.   Top right:  Top left:  The beautiful shallows at Sandy Point, North Caicos.   Bottom right:  Top right:  The incredible turquoise water and white sand of the beaches in the Turks and Caicos.

Flight is prohibited near the Providenciales Airport, Downtown, and parts of Kew Town.

Areas near Chalk Sound and some parts of Long Bay have altitude restrictions.

Flight is prohibited near the Grand Turk Airport and English Point.

Almost the entirety of the island, with the exception of the area near the lighthouse area, requires Fly Safe Authorization.

For cruise guests, it’s recommended to obtain your unlock code before disembarking, as internet access can be difficult to find on the island.

Flight is prohibited near the Salt Cay Airport, Balfour Town, North District, Northeast Point, and most of North Bay Beach.

The remainder of the island requires Fly Safe authorization (due to Salt Cay’s small size, all of the island is in vicinity of the airport).

Flight is prohibited near the North Caicos Airport and most parts of Major Hill.

There are no prohibited locations on Middle Caicos, as the Middle Caicos Airport is not in operation. However there is a Fly Safe authorization zone surrounding the disused airport. This zone covers the village of Conch Bar and Mudjin Harbour, and includes the attractions of Indian Cave, Conch Bar Caves, and the Caicos Pine Yard Trail.

Flight is prohibited near the South Caicos Airport and Valley Bay Beach.

Nearly all of the island requires Fly Safe authorization, with the exception of the Plandon Cay Cut area (northern peninsular of the island).

There are no prohibited areas on Pine Cay, but flight near the Pine Cay Airport requires Fly Safe authorization.

There are no DJI flight restrictions on these cays. For the complete Turks and Caicos, you can use DJI’s interactive map feature.

Commercial Drone Usage in the Turks and Caicos

Commercial usage of a drone requires a permit from the Turks and Caicos Civil Aviation Authority. The application form below has details on where to submit the form (via email) to obtain a permit. 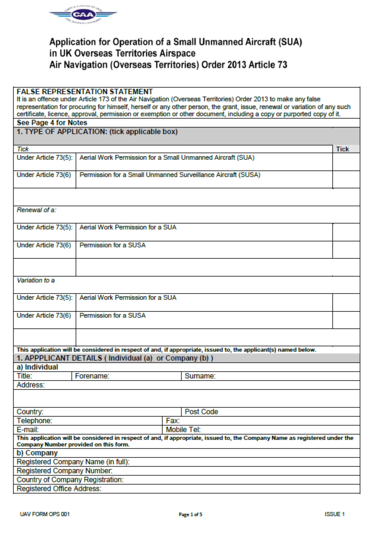 Bringing Your Drone on Airplanes

Some airlines have restrictions on bringing drones on board. This is primarily due to the fire risk the batteries pose (as they are typically lithium-based batteries).

For example, JetBlue doesn’t allow batteries with a capacity higher than 160Wh, and passengers are limited to two spare batteries. These spares must be in clear, plastic bags with the terminal ends taped.

If you’ll be bringing a drone on your vacation to the Turks and Caicos, it’s advised to check with your airline if there are any applicable restrictions.