The Turks and Caicos Islands are a popular destination for private aircraft, with our exceptional beaches, availability of high quality aviation fuel, and convenient central location in the Caribbean region all being attractions.

Providenciales (IATA: PLS, ICAO: MBPV) is the only island with full-service FBOs.

For ground transportation, it's recommended to use one of the local car services.

The general hours of the Providenciales International Airport are 6am to 8pm. All flight plans must be received by local authorities at least two hours before landing. Special permission must be obtained for arrivals outside of the normal operation hours.

A general declaration is required by customs upon arrival.

A passenger manifest will also be needed by immigration if passengers are boarding or disembarking.

A cargo manifest will also be required by both customs and immigration if any items or articles are to be unloaded or loaded.

A small plane over Chalk Sound on the approach to the Providenciales International Airport.

Prices are quoted by the TCI Airports Authority for 2015.

Several fees and taxes apply to private planes landing in the Turks and Caicos, including landing ($10-$25 depending on aircraft weight), navigation service ($5), and security services ($8).

There is a departure tax ($29). Flight crews and those under two years of age are exempted.

If the Providenciales International Airport (PLS) is used by private aircraft, a terminal fee of ($3) applies to persons over two years of age.

FBOs charges will be in addition too many of these fees.

The FBOs on Providenciales offer JetA and 100LL Avgas. Prices are similar at both FBOs and quite reasonable when compared regionally.

Public parking may be arranged at the other airports in the Turks and Caicos.

Providenciales has two modern fixed-base operators (FBO), each with onsite immigration and customs personnel. Both have newly-constructed and separate terminals and aprons from the main Providenciales International Airport (PLS).

Amenities at both FBOs include the full range of aircraft services (including fuel, ground power unit (GPU), potable water and lavatory services), general and crew lounges, catering, and concierge services.

The local facilities offer ground handling for aircraft sizes up to Boeing 757s, and ample aircraft parking is available.

It’s easy to arrange taxis, car rentals, accommodation, and dining on Providenciales with the FBOs as they closely work with many local businesses. Car rental agencies are located near to each of the FBOs.

The FBOs also have office and business centers with Wi-Fi, printers, phone and fax service, computers, and a conference room. See Telephones, Internet and Mobile Phones for general communication information in the Turks and Caicos.

Both sites allow and have a facility for pets. See Traveling with Pets.

It’s easy to arrange private car services, taxis, and rental cars for service and pick up at the FBOs on Providenciales.

Taxis may be easily scheduled, yet are typically not waiting at the local FBOs. 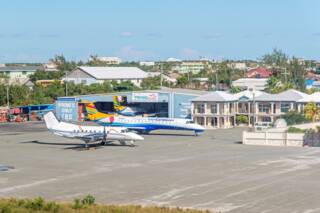 Provo Air Center
Provo Air Center is an FBO, located on the eastern end of the runway at the Providenciales International Airport. Services include arranging fueling, aircraft parking, and assistance with clearing customs and immigration clearance. Located at Taxiways E and F.
Learn More

Airports and Airstrips in the Turks and Caicos 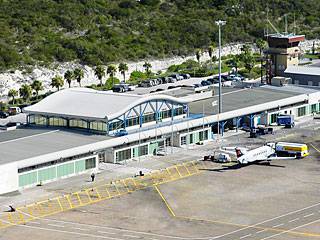 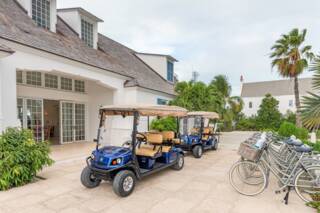 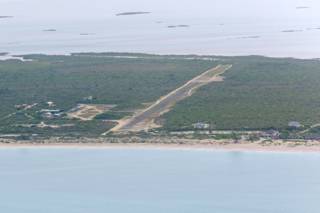 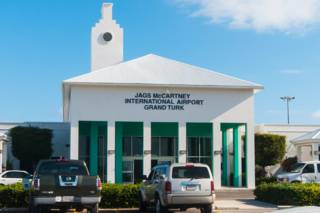 Salt Cay Airport (SLX)
This small single runway and terminal airport is domestic only and services the island of Salt Cay.
Learn More

Middle Caicos Airport (MDS)
This closed airport is found near the settlement of Conch Bar and has been inactive since the construction of the North Caicos–Middle Caicos causeway in 2007. The airport has a small “terminal” building and a 2200 foot paved runway.
Learn More
Last reviewed by an editor on 23 February 2022.