Balfour Town and North District are adjacent to each other, and it’s difficult to tell exactly where one ends and the other begins. Much of the development and residences on Salt Cay are found in this central area.

The largely residential South District is found about 0.6 miles (1 km) south of the two other settlements, across the expansive Town Salinas.

When arriving by plane on Salt Cay, it’s quite impressive how small the island actually is. Although an arid cay and offering only a fraction of the land that the other main islands in the country do, due to the all-important sea salt industry Salt Cay actually was the first island in the Turks and Caicos to see permanent inhabitants after the disappearance of the pre-Columbian peoples from the archipelago.

See Also History of the Salt Industry
See Also Salt Cay Salinas
The remains of the Windmills resort on Salt Cay, destroyed by Hurricane Ike in 2008.

At the time of the initial settlement, circa late 1600s, salt was an invaluable commodity utilized in food preservation. The natural marine salt marshes in the limestone bedding of the island were valued higher than fertile soil, fresh water sources, or the abundant fishing grounds of the Caicos Islands.

When the salt industry was thriving the island was a bustling place, supporting about 1,000 inhabitants at the height of the era. Today, that number is under 100, with most of the population being elderly retired persons.

See Also Hurricanes in the Turks and Caicos

As a low-elevation island with no sheltering hills, Salt Cay is highly susceptible to hurricanes. Past records and modern storms prove the same story: Salt Cay is typically harder hit than any other island in the county.

Nearly all of the older and British Colonial buildings bear evidence of hurricane damage. Although once home to stone buildings, the long-abandoned Taylor Hill and Whale House Bay ruins have almost completely disintegrated. 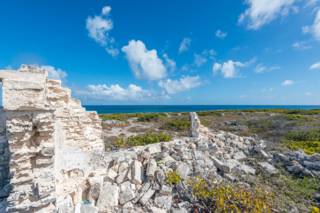 Taylor Hill
This remote and low hill on Salt Cay offers great views over the surrounding salinas and wilderness. Ruins and field walls of an old whaling station still stand on the high ground here. During the winter months, it’s often possible to spot humpback whales off the coast from this point.
Learn More 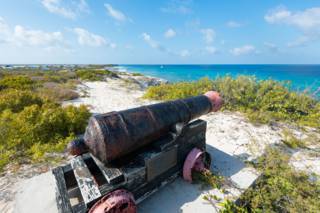 Little Bluff Lookout
Little Bluff Lookout is small coastal hill found close to Balfour Town on Salt Cay, and offers spectacular views over the ocean, North Bay Beach, the salt salinas, and town. A cannon and remains of a light tower can be seen at the summit.
Learn More

South District
South District on Salt Cay is a quiet residential region found on the southern side of the expansive Town Salina. A grid-like layout of streets separates the homesteads here, and hardy island cattle can often be seen grazing in the surrounding coastal vegetation.
Learn More 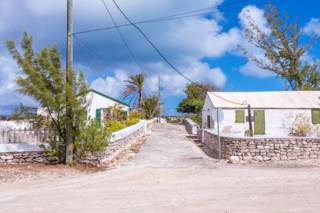 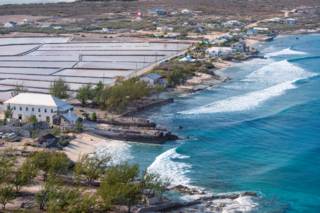 Balfour Town
Balfour Town is the primary settlement on Salt Cay. This small region is found on the northwest coast, and many of the island’s essential infrastructure and businesses are located here, including the airport and the primary port of Deane's Dock.
Learn More 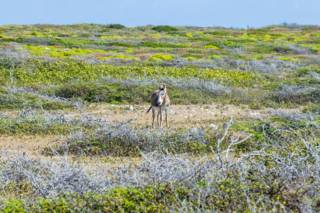 South Wells
Located on the south point of Salt Cay, South Wells is a coastal region with two shallow pond wells. Feral donkeys are often seen in this area, and secluded beaches and limestone coasts are interesting to explore.
Learn More
The tranquil North Bay beach.